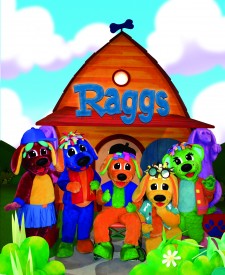 Charlotte, NC, November 7, 2017 (Newswire.com) -   RaggsTV, the YouTube home for the award-winning kids musical preschool brand, crossed the 50 million view mark on October 30, 18-months after re-launching the site with the first of a series of classic nursery rhymes and episodic TV shorts.

“Raggs has one of the largest and best original music libraries in kids entertainment,” Jack Day, RaggsTV’s senior channel manager at Wildbrain, Raggs’ UK-based digital content management company, explained, “and children’s music and dance are two of the most searched topics by parents – making Raggs a natural for the category!”

"Raggs has one of the largest and best original music libraries in kids entertainment, and children's music and dance are two of the most searched topics by parents - making Raggs a natural for the category!"

In early 2016, the Raggs Band went back into the studio to record rockin’ versions of the top 20 kids nursery rhyme songs including “No Monkeys Jumping on the Bed,” Old MacDonald Had A Farm,” “The Wheels on the Bus.” The site offers the songs individually and in various compilations. In addition, RaggsTV also includes episodic shorts from the Emmy Award-winning TV series.

According to Wildbrain‘s channel insights and analysis, parents are searching “kids songs to dance to” which leads them to RaggsTV, creating, according to Day, “an astonishing 23:46 minute average view time, which is growing daily!” In the last 30 days, 300,000 minutes of RaggsTV were consumed on the YouTube Kids App, with 68% of the viewership coming from the U.S.

To complement a growing demand for children’s music worldwide, Blue Socks Media, the brand management company for Raggs, is repackaging the existing library and releasing previously unreleased songs from the TV series on iTunes and with educational partners such as Facts on File, a leading supplier of online content to schools, and Midwest Tape, which distributes physical CDs and online content to libraries in the U.S. and Canada.

For more information, go to Raggs.com.

Wildbrain, a divison of DHX Media, Canada, was founded in 2016 and has become the largest YouTube specialist in Europe representing brands such as Caillou, Teletubbies, Strawberry Shortcake, Yo Gabba Gabba and Raggs. 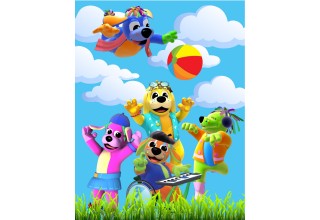 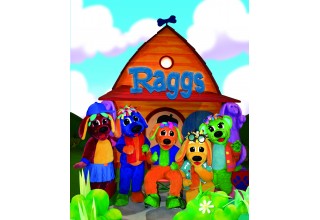 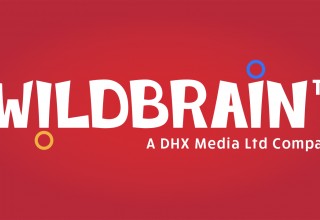 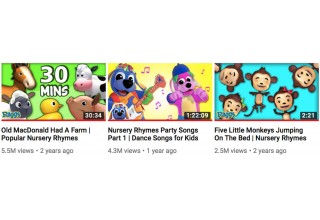