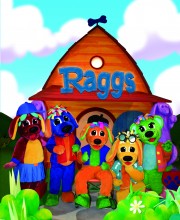 If 2015 is anything like 2014, it’s going to be a busy year for the five pups who star in the “Raggs” musical preschool TV series, which is owned and managed in-house by Charlotte, NC-based Blue Socks Media. Last year, “Raggs” signed distribution deals with U.S. cable networks Qubo (English) and Telemundo (Spanish), five Latin American networks and multiple SVOD, VOD outlets; introduced new products at retail; debuted a new album of classic songs with companion videos; and launched a major luxury resort partnership with the Grand Palladium Resorts.

"The Raggs brand has found a niche 'under the radar' of the big networks with partners who are seeking a quality, multi-dimensional brand without the complications and expense associated with the megastars. It's an alternative strategy, but works when management is creative and looks for the right partners."

“The Raggs brand has found a niche ‘under the radar’ of the big networks with partners who are seeking a quality, multi-dimensional brand without the complications and expense associated with the megastars,” according to Dennis Kostyk, an industry consultant who has advised networks, publishers and IP owners globally. “It’s an alternative strategy, but works when management is creative and looks for the right partners.”

“Raggs”’ origins are rooted in music and live shows. In the early 2000’s, the Raggs Band spent two summers anchored at theatres in Myrtle Beach, SC, appeared at state fairs, toured internationally with Armed Forces Entertainment and performed at The White House four times. In 2006, Network Seven, Sydney, Australia, commissioned the “Raggs” TV series, ordering 65 half hour episodes to meet the educational standards required of a major broadcaster. Network Seven later ordered 135 more episodes, giving “Raggs” a total of 195 half hours and 200 original songs-- an enormous amount of new content even for a major network series.

“Raggs” also continues to evolve by supplementing the original episodes with live music videos, musical animations and 120 new Spanish-dubbed episodes and songs. While worldwide TV distribution is important, the newly produced segments and shorts are meeting the demands of new media including SVOD, VOD and YouTube. RaggsTV channel on YouTube began a scheduled release of the latest music videos over the holidays, including “Old MacDonald” and “If You’re Happy and You Know It.” The videos are already tracking with an average of 1,000 views each per day.

“’Raggs’ has the credentials, content and experience to maximize a unique building strategy,” “Raggs” creator and president of Blue Socks Media, Toni Steedman, commented, “It’s not the easy road, but we are committed to our brand and our partners…two key components for success.”

“Raggs” is an Emmy Award-winning, live action and animated musical preschool television series originally produced in Sydney, Australia, with additional U.S. production in English and Spanish.  “Raggs”’ expansive library includes 195 finished half hour episodes and 200 original songs in multiple languages. The entertaining and educational series is based on the original characters created by Toni Steedman, a Charlotte, NC, advertising executive, for her then six‐year‐old daughter Alison. The rock n’ roll story of five canine characters is growing an international brand that includes TV distribution, multi-platform digital distribution, CDs, DVDs, toys, books and touring. With over 4,000 live performances around the world, The Raggs Band’s touring, live show and event experience has expanded to include a new partnership called “Play at Palladium with Raggs” with the Palladium Hotel Group at their resorts in Mexico and the Caribbean. “Raggs” and all rights are owned by Blue Socks Media, Charlotte, NC.  For more information, go to Raggs.com. {C}